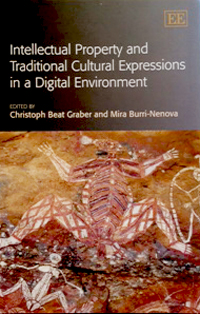 Intellectual Property and Traditional Cultural Expressions in a Digital Environment 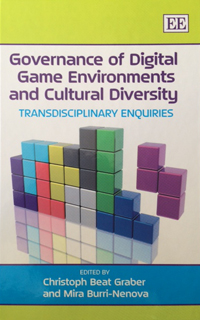 The research project was an endeavour of i-call, the research centre for international communications and art law at the University of Lucerne. The project was an integral part of the Swiss National Centre of Competence in Research (NCCR) "International Trade Regulation" and was supported by the Swiss National Science Foundation and the Ecoscientia Foundation. It lasted from 1 September 2005 until 31 August 2009 (first stage of NCCR Trade).

The research project sought getting a deeper understanding of the conditions that European and international law sets for national governments in respect to the regulation of media markets in the globally networked digital environment. This new environment is the result of the rapid technological developments of the last few years where digital technology and the Internet have fundamentally transformed the way cultural content is created, disseminated, accessed, and enjoyed. These changes called upon governments to revisit existing policies in the field of cultural expression and develop new tools where necessary. Accounting for ongoing business dynamics, the project focused on the markets for television, film and new media, including online computer and video games. In addition to very new cultural expressions, the project also investigated repercussions the digital networked environment had for very old cultural expressions, i.e. cultural expressions of indigenous peoples.

A major challenge for the project was the fragmentation of the current framework for media regulation. WTO law, the UNESCO Convention on cultural diversity, international human rights instruments, WIPO’s intellectual property regime, regional media regulation, national laws as well as alternative modes of governance such as industry self-regulatory instruments are relevant. The project’s aim was to strive for a better balance between the goals of trade liberalisation and the protection and promotion of the diversity of cultural expression. A key feature of the project was its transdisciplinary approach. This was secured, inter alia, with the help of an international network of experts from various disciplines, including law, economics, sociology and cultural studies, history, philosophy, media sciences and anthropology.

For further information see the eDeversity-Flyer.