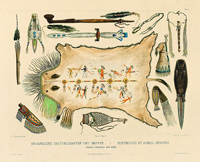 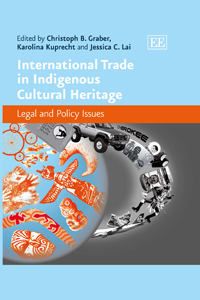 The transdisciplinary research project is a pioneering, independent and scientific undertaking at i-call, University of Lucerne, Switzerland. It addresses the unresolved problem of trading in artefacts that form part of the cultural heritage of an indigenous community and, at the same time, generate income to such communities and their artists. The project encompasses tangible and intangible heritage and covers intellectual property issues as well.

Trade Law The project investigates how international trade law, specifically the law of the WTO, could be adjusted in order to allow indigenous peoples to participate more actively in trade in their cultural heritage, without being impelled to renounce important traditional values.

International Coherence The project seeks to enhance coherence between the proposed amendments to trade law and other areas of international law relevant for indigenous heritage including human rights, cultural heritage, intellectual property and cultural property.

Four Country Focus The project tests the acceptance and practicability of the proposed adjustments of international trade law against the legal reality in four jurisdictions with important indigenous populations: Australia, New Zealand, Canada and the United States.

The research team is cooperating closely with Scientific Partners in Australia, New Zealand, Canada and the United States. It conducts research missions and regularly exchanges information and knowledge with international and national Non-scientific Partners. Conferences and workshops in Lucerne (Switzerland), as well as academic publications are important milestones of the project. The final results of the project are published in the book "International Trade In Indigenous Cultural Heritage. Legal and Policy Issues".

Fair Trade in Indigenous Cultural Heritage Trade in indigenous cultural heritage, including songs, dances, ceremonies, symbols, designs, narratives, poetry and other expressions of traditional knowledge, is flourishing. Though indigenous peoples will welcome the idea that trade in certain artefacts of their cultural heritage may contribute to economic development, they will insist upon keeping sacred and communally important heritage off the market.
This project examines the possibilities, advantages and limits of adjusting international trade law to respond to the open questions around transfer and protection of indigenous cultural heritage. The dominant Western view shall be complemented with an indigenous perspective, in order to allow fair trade in indigenous peoples’ heritage.

International Law and the WTO During the past decades, a number of international fora including the UN Human Rights Bodies, WIPO, UNESCO and WTO, among others, have been active in drafting policies or adopting legal instruments designed to protect the cultural and intellectual heritage of indigenous peoples more effectively. However, these activities lead to fragmentation of international law and are not sufficiently responsive to indigenous peoples’ claims for comprehensive protection of their interests in cultural matters.
This project takes the view that the adoption of the Declaration on the Rights of Indigenous Peoples (DRIP) by the UN General Assembly, in 2007, opened a new chapter in the debates on indigenous issues. The project takes the DRIP as a call for academics and practitioners alike to strive for a more coherent approach. Accordingly, when proposing adjustments of WTO law, coherence with the DRIP and ongoing developments within WIPO, UNESCO and other fora will be crucial.

Four Country Focus The Aborigines in Australia, the Maoris in New Zealand, Canada’s First Nations and the American Indians in the United States have similar histories of colonisation. Indigenous peoples in these four jurisdictions form separate groups, which are clearly distinguishable from the immigrant population. At the international level, not only the four states, but also the indigenous peoples living on their territory tend to form coalitions when it comes to negotiations about indigenous issues.
This project sets proposed adjustments of international law, including trade law, in relation to the domestic law in the four jurisdictions, mainly with regard to intellectual property and cultural heritage law and to the existence or non-existence of indigenous peoples’ cultural self-determination. The relationship between state law and indigenous custom will be an important question.

The Scientific and Non-scientifc Partners of the project are: