In cooperation with the Berkman Klein Center for Internet and Society at Harvard University.

Title: Workshop on Philosophical Questions about AI, Law and Governance.

Dates and Location: 15 February to 16 February 2018 at the University of Zurich.

The workshop starts from the premise that coping with the disruptive force of persistent tracking technologies requires overcoming the existing gap between Science and Technology Studies (STS) and legal studies in the analysis of legal and political issues raised by AI. Its aim is to explore novel ways of interdisciplinary research to better understand normative implications of smart technologies. Ultimately, we expect to identify an agenda for future research. 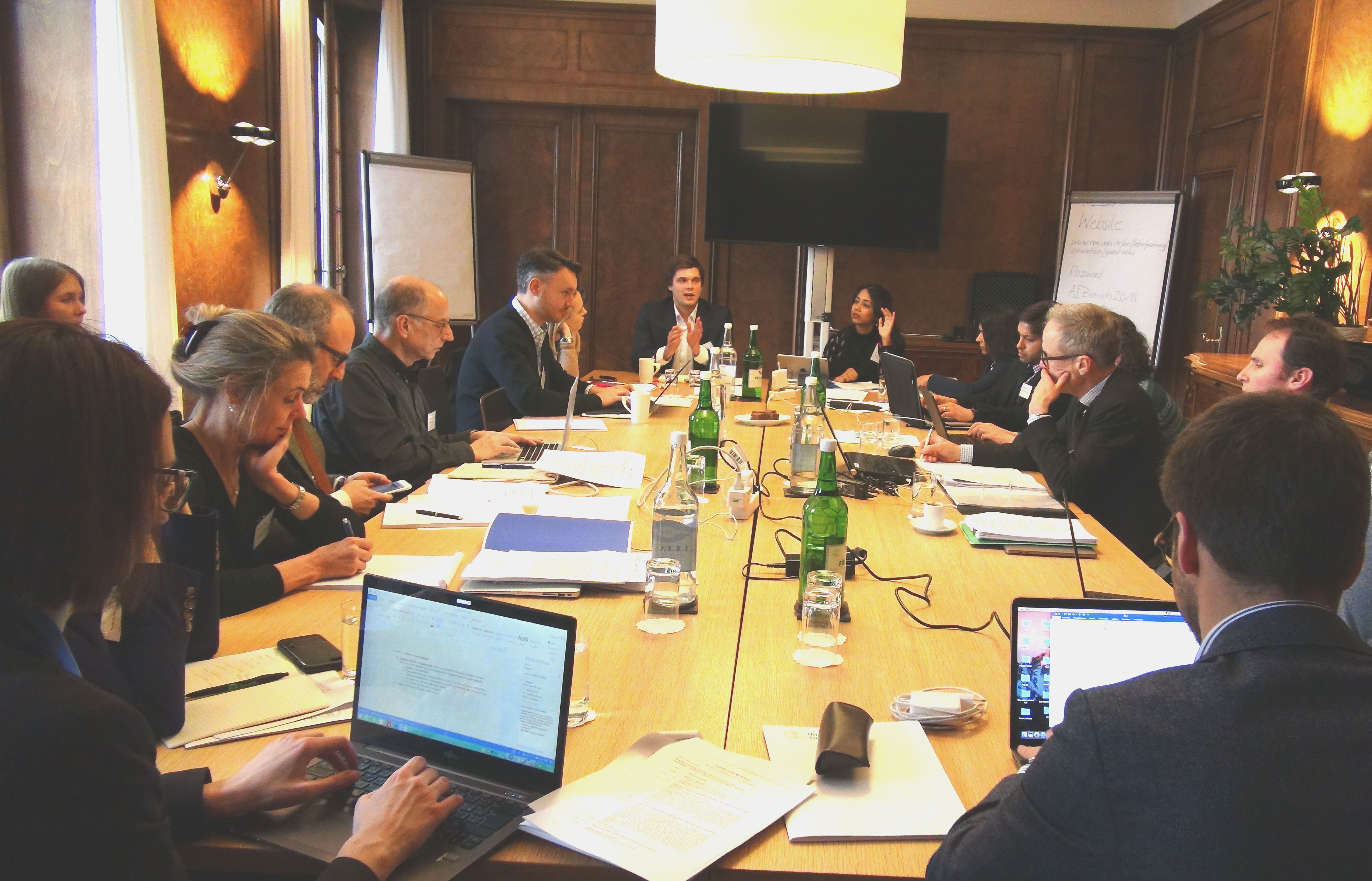 The aim of the workshop was to explore innovative ways of interdisciplinary research to improve the understanding of normative implications of smart technologies. It is safe to say that the workshop contributed immensely to this aim.

The workshop was structured around two case studies. The case studies pointed to different aspects and concerns that have been raised in the public discussions on Artificial Intelligence (“AI”), such as discrimination, data collection, surveillance and the technology’s commercial potential. Through the analysis of two cases, the researchers with diverse disciplinary backgrounds were able to reach common ground and successfully lay the foundation for future discussions in research as well as to identify governance questions.

In the following, some of the findings of the groundbreaking interdisciplinary workshop are briefly presented. It has to be kept in mind that the research on AI is still in its infancy. These fundamental issues identified in the workshop point to and should be reflected in future fields of research on the topic of AI.

First and foremost, a common understanding of the technology of AI itself, its benefits and its shortcomings was established. Although AI technology is capable of learning and processing huge amounts of data, and therefore seemingly able to act autonomously, one must remember that it is still based on code. Only what is computable can be put in code. In other words, the task that the technology performs has to be described precisely and reduced to a line of code.

Second, the nomenclature of AI was itself put on trial. AI is often presumed to be more intelligent than humans, thus leading to the assertion that humans will someday be dispensable and, for example, face replacement at the work place. Therein lay the grievances and concerns raised in relation to AI. This is not least due to the misleading nomenclature of the technology. Intelligence as such is generally associated with human intelligence, hence AI fosters the presumption that the technology will compete with humans. This, however, prevents a fruitful discussion, focusing too much on threats to humanity and societal upheaval. The technology does not function the way the human brain does nor does it attempt to emulate it. Changing the nomenclature could therefore positively influence the perception of AI and may lead to more constructive and pertinent discussions about the problems posed by AI.

Third, the workshop identified the key issues of AI and the underlying problems that its use poses. The potential of AI is huge. AI allows to access and process large amounts of data and to identify relational structures. However, it is important to keep in mind, that such relations are not always based on causation but sometimes are mere correlations. The huge potential is empowering, however, there could be creepy side effects that have to be recognized and if possible neutralized. AI harbors the potential to divide between the ones who have the power over the technology and those who are powerless and only addressees of the technology. It is imperative that measures are considered that are able to counteract the power asymmetries. Further research is necessary to find the right, yet not too invasive means to deal with AI.

The workshop clearly showed that interdisciplinary work will be of utmost importance going forward. Such work is essential in the future so that algorithms may be created that conform to established societal values and thus benefit our society. The workshop demonstrated that the research on AI and the use of AI are dependent on a constant and unobstructed exchange between different academic disciplines as well as between private companies and governmental institutions to establish the technical and economic constraints of the application of the AI technology in close consideration of societal values.